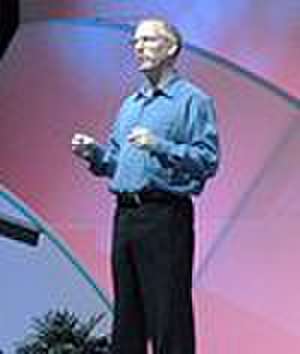 Scott Raymond Adams (born June 8, 1957) is the artist and creator of the Dilbert comic strip, and the author of several nonfiction works of satire, commentary, and business. His Dilbert series came to national prominence through the downsizing period in 1990s America and was then distributed worldwide. Adams worked in various roles at big businesses before he became a full-time cartoonist in 1995. He writes in a satirical, often sarcastic way about the social and psychological landscape of white-collar workers in modern business corporations.