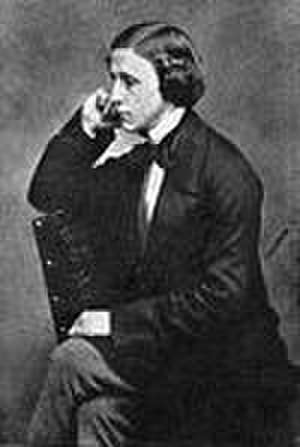 Charles Lutwidge Dodgson (; 27 January 1832 – 14 January 1898), better known by his pen name Lewis Carroll, was an English writer of children's fiction, notably Alice's Adventures in Wonderland and its sequel Through the Looking-Glass. He was noted for his facility with word play, logic, and fantasy. The poems Jabberwocky and The Hunting of the Snark are classified in the genre of literary nonsense. He was also a mathematician, photographer, inventor and Anglican deacon.

In 1982, a memorial stone to Carroll was unveiled in Poets' Corner, Westminster Abbey. There are Lewis Carroll societies in many parts of the world dedicated to the enjoyment and promotion of his works.