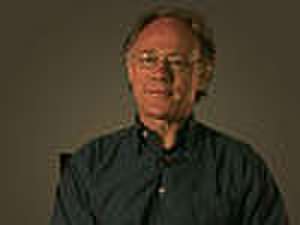 Graham Bruce Hancock (; born 2 August 1950) is a British writer and journalist. He is known for his pseudoscientific theories involving ancient civilisations, Earth changes, stone monuments or megaliths, altered states of consciousness, ancient myths, and astronomical or astrological data from the past.

Hancock's works propose a connection with a 'mother culture' from which he believes other ancient civilisations sprang. An example of pseudoarchaeology, his work has neither been peer reviewed nor published in academic journals.