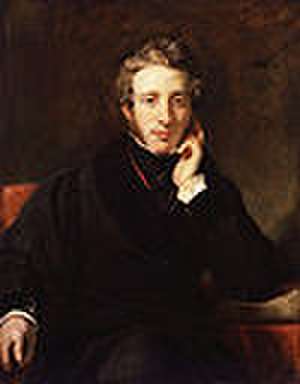 Edward George Earle Lytton Bulwer-Lytton, 1st Baron Lytton, PC (25 May 1803 – 18 January 1873) was an English writer and politician. He served as a Whig member of Parliament from 1831 to 1841 and a Conservative from 1851 to 1866. He was Secretary of State for the Colonies from June 1858 to June 1859, choosing Richard Clement Moody as founder of British Columbia. He declined the Crown of Greece in 1862 after King Otto abdicated. He was created Baron Lytton of Knebworth in 1866. His marriage to the writer Rosina Bulwer Lytton broke down. Her detention in an insane asylum provoked a public outcry. Bulwer-Lytton's works sold and paid him well. He coined the phrases "the great unwashed", "pursuit of the almighty dollar", "the pen is mightier than the sword", and "dweller on the threshold", and the opening phrase It was a dark and stormy night." Yet his standing declined and he is little read today. The sardonic 1982 Bulwer-Lytton Fiction Contest claimed to seek the "opening sentence of the worst of all possible novels".