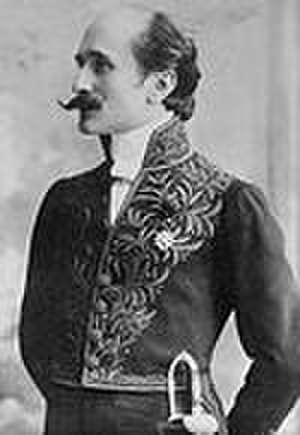 Edmond Eugène Alexis Rostand (UK: , US: , French: [ɛdmɔ̃ ʁɔstɑ̃]; 1 April 1868 – 2 December 1918) was a French poet and dramatist. He is associated with neo-romanticism and is known best for his 1897 play Cyrano de Bergerac. Rostand's romantic plays contrasted with the naturalistic theatre popular during the late nineteenth century. Another of Rostand's works, Les Romanesques (1894), was adapted to the 1960 musical comedy The Fantasticks.