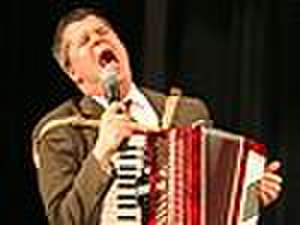 Daniel Handler (born February 28, 1970) is an American writer and musician. He is best known for his children's series A Series of Unfortunate Events and All the Wrong Questions, published under the pseudonym Lemony Snicket. The former was adapted into a Nickelodeon film in 2004 as well as a Netflix series from 2017 to 2019.

Handler has also published adult novels and a stage play under his real name, along with other children's books under the Snicket pseudonym. His first book, a satirical fiction piece titled The Basic Eight was rejected by many publishers for its dark subject matter. Handler has also played the accordion in several bands and notably appeared on the album 69 Love Songs by American indie pop band The Magnetic Fields.